Acebeam recently released a copper pocket light that really sung to enthusiasts.  It’s a 18350 triple, available in three different emitter options.  That was the TK16.  First available in copper only, later released in aluminum.

Today Acebeam released details of an upcoming big brother to the TK16.  It’s the TK18, which looks to simply be an 18650 version of the TK16. 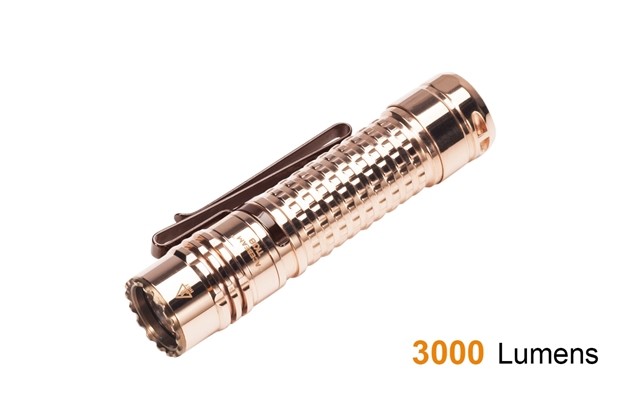 There aren’t many photos of the TK18.  In fact just the one shown above.  Here’s a bigger view:

The specs don’t say many things about the light, but we know the emitter choices are the same as the TK16.  This is nice, because there’s something for just about everyone with these three choices.

For throw, get the Osram.  For output, get the Samsung.  For high CRI, get the Nichia.  Here are more detailed specs for each emitter:

It’s also unclear what type switch the TK18 will have, but we here at PhotonPhreaks expect an e-switch on the tail, just like in the TK16.